Exercising has a positive influence on the physical health of Parkinson’s patients and auditory, visual and tactile cues can help break the freeze of gait.

A recent study conducted by the research group Assistive Technology for Mobility and Sports and Expert Center Human Movement Technology from The Hague University of Applied Sciences, shows that 80% of the Parkinson’s patients who participated in the research benefited from using Rollz’s Parkinson’s walker with different cues.

This walker has been developed to promote an active lifestyle for people with neurological disorders, like Parkinson’s and MS. The Rollz Motion Rhythm features a rhythmic sound signal, vibrating handles and a laser line projected on the ground. The rollator is linked to a mobile app, with which the cues can be adjusted and personalised. For example, cues can be switched on and off, a pattern can be made, or the intensity can be customized, which  prevents habituation and allows the cues to remain effective.

Because Parkinson’s affects the functioning of the brain, it makes it difficult to control muscle movements. This can lead to ‘freezing of gait’ (the stagnation of walking) and a higher risk of falling.

Effect of the three cues 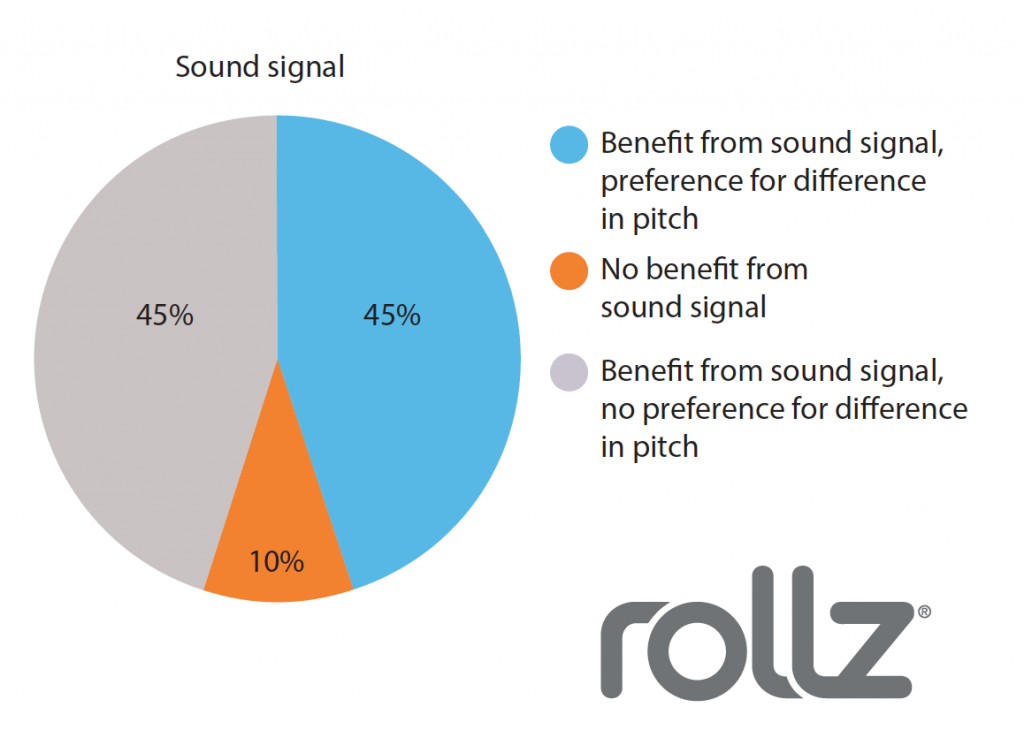 90% of the participants in the study indicated that they benefited from the sound signal and almost half experienced a positive effect from the vibrations. Both cues indicate the walking rhythm and help the user to stay in the personally set walking rhythm.

The laser line does not appear to be of added value for every Parkinson’s patient, but it can help to get moving from a standstill.

The study included Parkinson’s patients who use a walker in daily life. Using the Rollz Motion Rhythm, these participants had to complete an obstacle course two times (including bends, narrowings, a slalom, and coming to a stop and walking away again). Various measurements have been made to map the effect of the cues.

Find out more about our Parkinson’s rollator here.